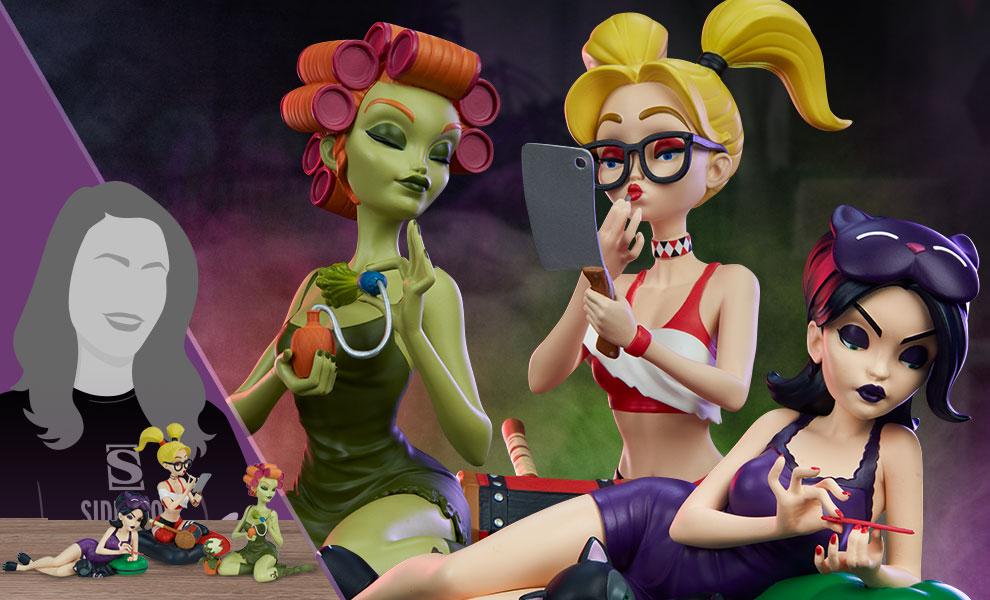 From $58.50/mo
with payment plan
Your Payment Plan

Limit of 1 per person. 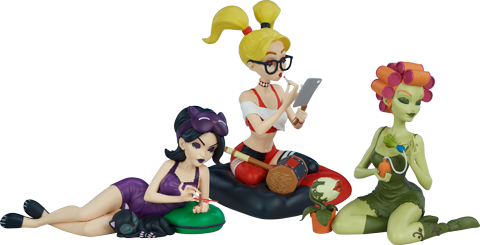 Gotham’s very own Maid of Mischief, Harleen Quinzel, is puddin’ on the ritz as she gives herself a makeover- looking sharp! Meanwhile, Pamela Isley has planted herself down for a cozy night inside, testing out a new perfume that is absolutely di-vine. Finally, Selina Kyle is packed with purrsonality from head to toe beans as she files down her claws in a figure that is simply the cat’s pajamas.

Harley has always been one of my favorite characters in all of comics and it was a fun task imagining how her outfit and likeness could be translated into pajamas. Poison Ivy has always carried a touch of class and I was heavily influenced by 1950's pinup art for her design. Catwoman is another one of my favorite female villains. Lounging about with an adorable little buddy only seemed natural. Seeing [my] sketches brought to life by master sculptor Mark Newman and the talented team at Sideshow...it just doesn't get better than that.

Cameron Scott Davis is known for his work as the Character Designer for a number of Guitar Hero and Tony Hawk video games. He has spent time at DreamWorks Feature Animation as a visual development artist and has dedicated much of his career to the writing and world-building of his own intellectual property known as Sleepwalker. Davis is currently the Creative Director at Stalwart Games, a small VR company in Westlake, CA.

BATMAN and all related characters and elements © & ™ DC Comics. (s19)