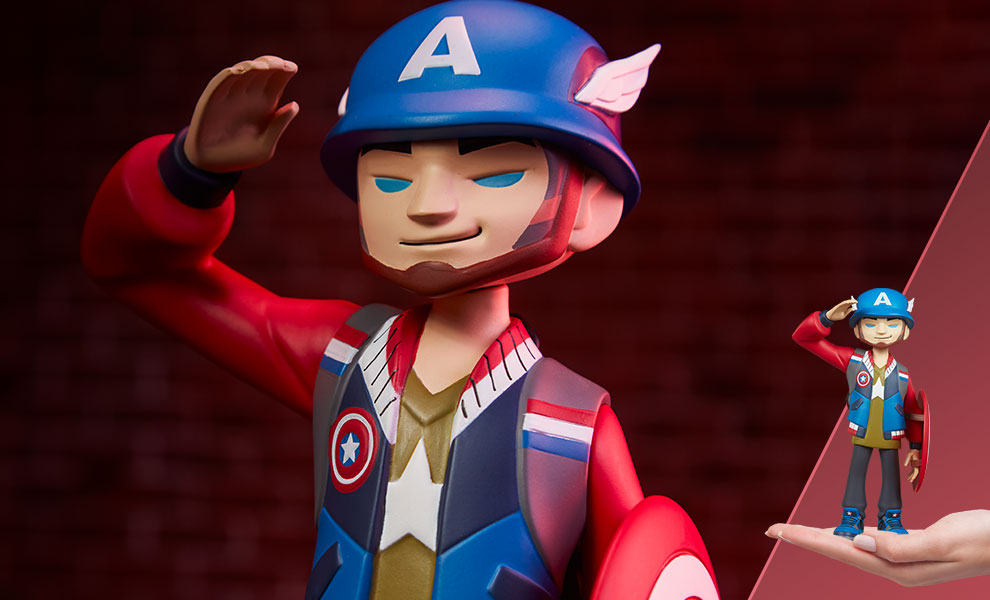 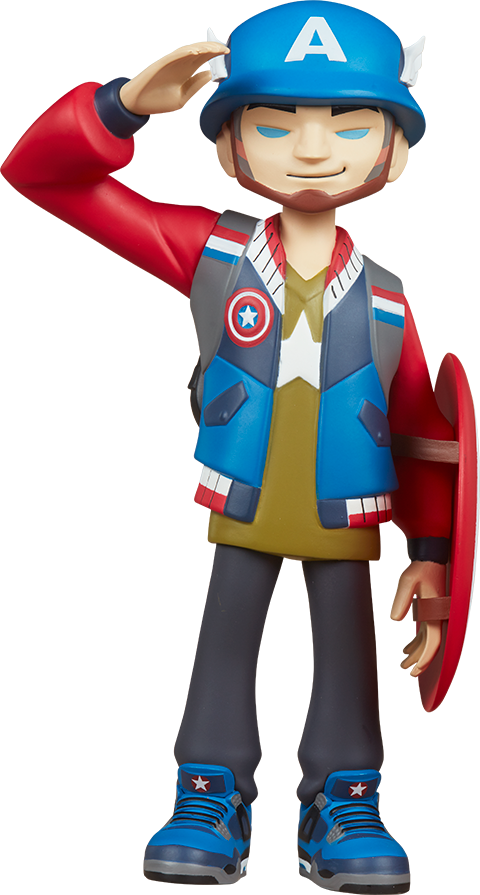 From his Cap to his kicks, the limited-edition Captain America Designer Collectible Toy by artist kaNO is ready to serve.

Artist Statement: Salute to the illest Brooklynite to represent the Borough, donning the Red, White and Blue! Serving up truth and justice to all villainous haters. You best protect your neck when he flexes his shield!